Modern and Contemporary Middle Eastern and North African Art is the most resistant expression of the challenged human societies they represent. As such and against all odds, the art scene of the Arab World is a vivid representation of its artists’ resilient production throughout the 20th and most of the 21st century.

Rich in history, culture and heritage, the Middle East and North Africa were the birthplace of ancient civilisations, religions, literature, and art. In more recent years, tragic events have shaped the recurrent headlines and have become some of the most troubling and defining features of the region.

The first auction dedicated to Middle Eastern artists called, ‘Expanding the Horizon. Modern and Contemporary Art from the Middle East and North Africa’ highlights the importance of the Arab art scene and its interactive, multifaceted nature. Throughout this encapsulating art selection, art collectors and enthusiasts will have the pleasure of discovering the rich artistic scene from the Middle East.

With the selection of the first auction, we seek to offer an accessible approach to outstanding modern and contemporary artists whose practice has shaped the art world in this region and beyond.

Furthermore, the fifty lots emphasise the strength of the Lebanese art scene and highlight significant Syrian, Iraqi, Palestinian, and Egyptian artists. The majority of the artists from our first auction have international prominence and continue to be exhibited in the Middle East and abroad. Helen El Khal, Huguette Caland, and Etel Adnan have been displayed at The Guggenheim, The Pompidou Centre, TATE gallery, The Museum of Modern art San Francisco, and the Institut du Monde Arabe, amongst numerous places, alongside names such as Paul Guiragossian, Shafiq Abboud, Marwan Kassab Bachi, and Hussein Madi.

These artists use art as a common language representing the modern and contemporary circumstances of the Arab subject in all its complex forms. 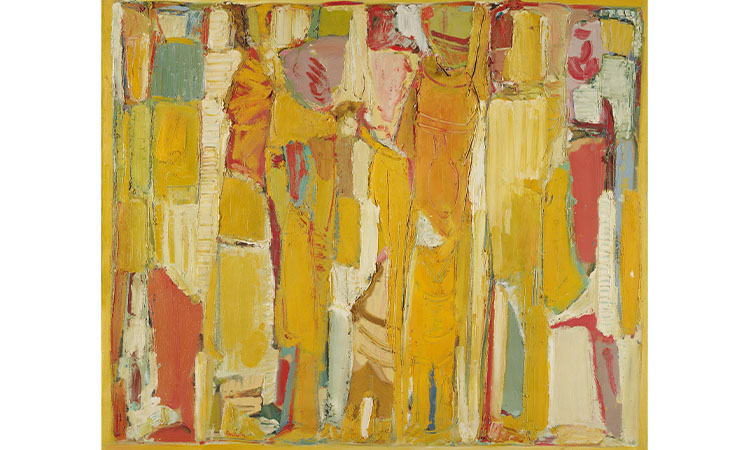